Today we’re headed up the coast of the Mediterranean Sea to the city of Caesarea.  Why Caesarea? Because something remarkable happened there about 2,000 years ago. To see what happened, take a look at the short video clip below, then read on to see how this story can apply to your life today.

So what happened in Caesarea? This is where Peter preached the good news about Jesus to Cornelius. And what makes it so remarkable? Because this is where God made it crystal clear that Jesus didn’t come just as a Savior for the Jews, but for anyone who would believe in Him.

The other thing that’s remarkable about this story is the way God spoke to Peter and Cornelius. God spoke in a way that was very specific, helping each of them know exactly what God wanted them to do next in their lives. Wouldn’t all of us love to have God do that for us! The truth is, He can, and often does, and if we read the story carefully, we can see some clues as to why God spoke to these two so clearly.

Here’s how God spoke to Cornelius:

At Caesarea there was a man named Cornelius, a centurion in what was known as the Italian Regiment. He and all his family were devout and God-fearing; he gave generously to those in need and prayed to God regularly. One day at about three in the afternoon he had a vision. He distinctly saw an angel of God, who came to him and said, “Cornelius!”

Cornelius stared at him in fear. “What is it, Lord?” he asked.

The angel answered, “Your prayers and gifts to the poor have come up as a memorial offering before God. Now send men to Joppa to bring back a man named Simon who is called Peter. He is staying with Simon the tanner, whose house is by the sea” (Acts 10:1-6).

And here’s how God spoke to Peter:

About noon the following day as they were on their journey and approaching the city, Peter went up on the roof to pray. He became hungry and wanted something to eat, and while the meal was being prepared, he fell into a trance. He saw heaven opened and something like a large sheet being let down to earth by its four corners. It contained all kinds of four-footed animals, as well as reptiles of the earth and birds of the air. Then a voice told him, “Get up, Peter. Kill and eat.”

“Surely not, Lord!” Peter replied. “I have never eaten anything impure or unclean.”

The voice spoke to him a second time, “Do not call anything impure that God has made clean.”

This happened three times, and immediately the sheet was taken back to heaven.

While Peter was wondering about the meaning of the vision, the men sent by Cornelius found out where Simon’s house was and stopped at the gate. They called out, asking if Simon who was known as Peter was staying there.

While Peter was still thinking about the vision, the Spirit said to him, “Simon, three men are looking for you. So get up and go downstairs. Do not hesitate to go with them, for I have sent them” (Acts 10:9-20).

In Cornelius’ case, the Bible says, “He [Cornelius] and all his family were devout and God-fearing; he gave generously to those in need and prayed to God regularly.” The angel then says very specifically: “Your prayers and gifts to the poor have come up as a memorial offering before God.” Then the angel proceeds to share with him what to do next.

And as for Peter’s case, his story begins with the words, “Peter went up on the roof to pray.” It was during that time of prayer that God spoke to Peter and revealed to him what he needed to do next, too.

Prayer in its most basic form is having a conversation with God. Sometimes it may feel like it’s only a one-way conversation, but I’ve found that the more I pray, and the more that I wait for and listen for and expect Him to answer, the more I actually hear God speak to me in return! It’s not rocket-science, but it does take is faith. And in Cornelius’ example, he didn’t rely on his faith alone, but he was continually demonstrating his faith in God by his good deeds. He was putting his money where his mouth was, so to speak. Or, as Jesus said it: “For where your treasure is, there your heart will be also” (Matthew 6:22).

The beauty of this story is that God was not only moved by the prayers and gifts of these men, but God answered their prayers in a way that went beyond either of their expectations. For Cornelius, it opened up a whole new understanding of who God was and what He could do next to come into a more full and right relationship with Him. And for Peter, this opened a whole new door of ministry that he would have never realized even needed to be opened without his prayers and God’s response, that God wanted him to proclaim the good news about Jesus even to the Gentiles, meaning anyone who was not Jewish.

These are great lessons for any of us who want to experience more of God in our lives, and for anyone who wants to serve Him more fully.

“All the prophets testify about Him [Jesus] that everyone who believes in Him receives forgiveness of sins through His name” (Acts 10:34-36,43).

Father, thank You for speaking to people so specifically about events that were about to change their lives so dramatically. We pray that You would speak to us again today, so that we may hear from You and do all that is on Your heart for us to do. In Jesus’ name, Amen. 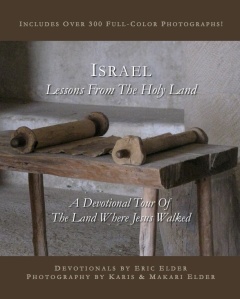